"Weather Or Not", or, "Better Late Than Weather" 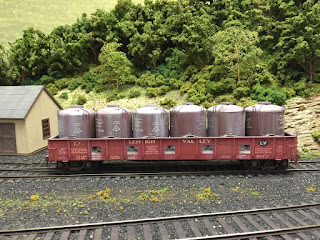 is it dirty enough for you?﻿

So, after a few weeks "off" (yeah, let's go with that excuse), I'm here to promote my next "appearance in model railroading" at this year's Garden State RPM meet this Saturday (November 5th) at Union County VoTech in Scotch Plains, NJ - http://www.gsrpm.org/, as my pumpkin-headed pal, Ralph DeBlasi - 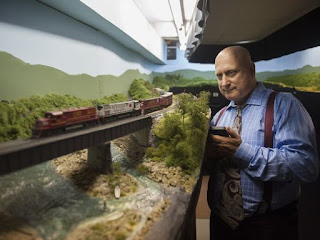 who knew Uncle Fester models the LV!
and I go head-to-head as we weather anything that isn't nailed down or at least that runs on two rails, in a no-holds-bared weathering showdown! Ralph and I will both use different weathering techniques and mediums........... 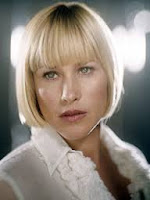 no, neither one of these mediums will be appearing, sorry.....
﻿
to achieve different results to make our models look that much more like the real thing. I have been buying weathering supplies on Amazon for the last two weeks to try out this weekend, so Ralphie Boy better bring his "A" game! We want to show you how easy it is to turn your models from this - 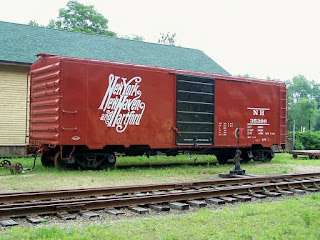 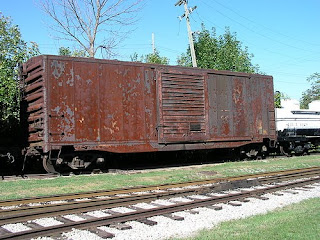 OK, OK, maybe not THAT extreme, but close!
Ralph loves his oils, and is awesome at taking on trucks/underframes and locomotives, while I love my freight car fades using Pan Pastels and other "tricks" borrowed from the military modeling guys (you'll just have to come see for yourself if you want to know more of my "secrets"......Thanks in advance, Eric Hansmann! - http://designbuildop.hansmanns.org/2016/10/14/masking-tape-as-a-weathering-tool/)﻿
So, join us, won't you? For this kind of "modeling entertainment", you can't beat that with a stick (or a pumpkin....did I mention Ralph D. LOVES pumpkins?) for only $20.00!
And besides, who would you rather look at? The guy with all his hair, or him? 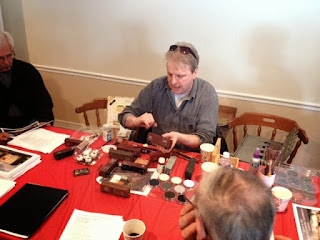 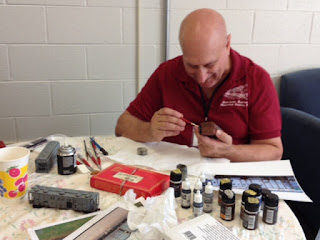 I hope we'll see YOU in the "Weathering Octagon" this weekend!
~ Ralph
﻿
Posted by Ralph Heiss at 6:57:00 AM No comments: