Knowledge is a powerful tool..... 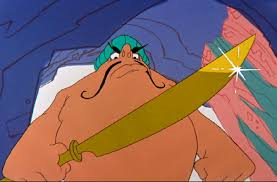 .
...And a double-edged sword.
And by that, I mean that in our pursuit of modeling (particularly in that of a specific prototype), that in our quest for knowledge (sometimes of the most infinitesimal and inane detail), we overthink and over plan things. I've been guilty of that, having rebuilt the leads to my float bridges when I came into possession of a Port Authority print showing me EXACTLY how the track was, and EXACTLY how wrong I had gotten it! Then again, later at the opposite end at the throat of the yard, when I discovered that operationally, what I had wasn't going to work very well. But I digress........
Today, I refer to my particular desire to know how things are done (or were done) operationally on the railroad, not just on the Lehigh Valley specifically, but also in the 1940 to 1950 period, generally speaking. I enjoy learning about how the "everyday working man" went about his job, and also the more esoteric activities of how cars were routed and billed, and etc, etc.....
So as I mentioned at the end of last week's blog, I was going to focus on some books that I've recently collected that tell the tales of various former employees in the 40's and 50's about how they performed their jobs (and the stories of others that inevitably went along with them), as well as some of the more "scholarly" books that explain the details of the operations and the paperwork that follows it all. But I'm not gonna do that this week. Why? Because I forgot to gather up said books and take some pictures of the covers and write up a little sumthin' sumthin' about them, rather than just say "buy this book, it was good". But I DID find something just as interesting in my daily interweb travels that I think is a worthy replacement........ 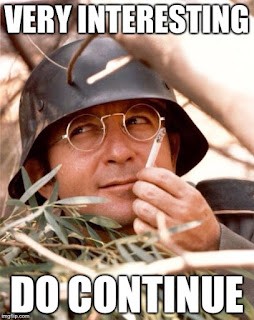 As it turned out, my Google search today came up with an interesting link to something called "Carknocker, Railroad Stories", and I just HAD to click on it! A gentleman by the name of Walter Parks who I believe worked for the Southern Ry, began this site as a way to tell us minutia-obsessed operations folk about his experiences and Southern-centric railroad interests (as well as those of his fellow railroaders) during the course of his and their careers.
Now, it's one of those basic websites that looks design-wise like its straight out of 1999, and contains more than just railroad stories (a lot of pictures and "fluff" take up some room) but that's fine, its not trying to be anything other than what it is, which is Mr. Parks' way to share his experiences with the rest of us. If you enjoy reading (and thus learning) what the job and experiences of a "carknocker" was (and to a certain extent, still are), then budget a little time and click, click, click away and have some fun.
I only just learned of this webpage today (hence this "replacement post"), so I haven't had time to really draw anything from it, but links with subjects like "Closing and Opening Railcar Doors", "The Derrick is Called", and "What is or was a Rip Track" sound full of interesting tidbits that are worth checking out.
So there you have it.....Give it a look, I know I've enjoyed what little I've had time to read of it. Maybe we'll take a look at those books I promised in my next update, unless I get distracted by something else again, that is....
~Ralph
﻿
Posted by Ralph Heiss at 1:04:00 PM No comments:

"Friday is the new Wednesday" or, "Be Pacific, ship Union Specific" 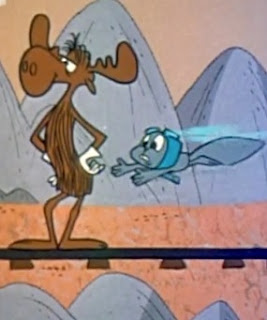 If you're old enough, you'll get the title reference.......
So, this week's "web highlight" is brought to us courtesy of Rick De Candido of Fillmore Avenue Roundhouse fame (you know, THAT Fillmore Avenue Roundhouse! - https://fillmoreavenueroundhouse.wordpress.com/author/rdecandido/)
I received an e-mail from Rick asking if I had seen a particular exhibition-style layout that was also has an engine service theme.....But there was a catch! Actually, a few catches......
One, it hails from the same country as this guy - 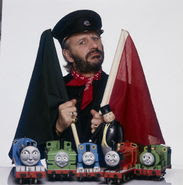 Second, (and third, because I can kill two birds with one stone here) it's the scale version of this engine and railroad - 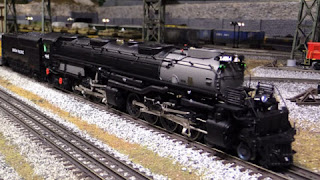 OK, enough already, it's the English,1:48 scale, UP version of what Rick is doing.....
It's Peter Kirmond's Laramie Engine Terminal!

﻿
Watch the video on his home page, and I swear you can smell the smoke and the grease, and feel the bulk of the 4-8-8-4 as it runs out onto the turntable (no, really, you can see it go THUNK!). The fact that this is O scale means that the sheer size of these Big Boys and Turbines really gets the point across that this is SERIOUS heavy-duty railroading! Not to mention the coaling tower really "coals" the engine! Giggity!
So enjoy, and next week, I share some interesting books from my collection that I think should be in your collection, too
~ Ralph
﻿
Posted by Ralph Heiss at 1:08:00 PM No comments:

So in my overzealous attempt to clean up things in my Admin view of the blog yesterday, if you're a regular, you might notice a missing "Web Wednesday" post from last week. Oops, my bad....... 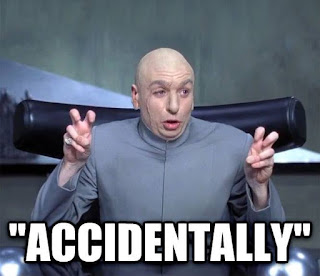 Anywho, this week, I really haven't come across anything new and exciting to share, but I DID come across this on eBay yesterday, and wanted to share...... 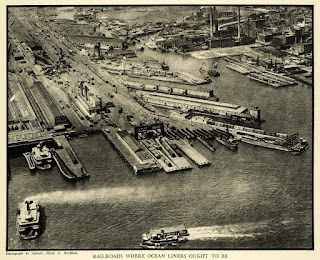 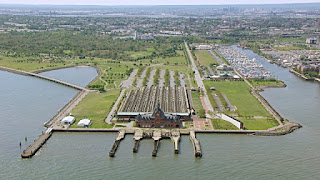 ("now" view, circa 2013.......click for a larger view)
Ya know, there are some bloggers who'd post a photo like this and provide absolutely no explanation on a particular day of the week, but no, no, no, not me! So, what ARE we looking at?
Well first off, it's what I'm modeling (or at least trying to!), and a little more. To the immediate left, you see a ferryboat of the CNJ's terminal, with the station and train sheds directly above the ferry headhouse. Then, a boat slip and a building on a dock (both property of the CNJ), and then, everybody's favorite waterfront "element", the float bridges! The finger piers of the LV are clearly visible in the Big Basin (called "The Gap" by locals, Mill Creek on topo maps, and is NOT, as usually erroneously noted in many books or in historical presentations, the Morris Canal), and then downtown Jersey City, historically known as Paulus Hook, and primarily the domain of the PRR and the factory complex of Colgate. The large double smokestacked building is the American Sugar Refining company, and if you enlarge the photo, you'll see this was where the Morris Canal ended and entered the Hudson River.
So enough of the history lesson, let me use my crude photo editing skills to show you what I am selectively modeling. The "amorphous blob" that surrounds the area in the photo close up below is pretty much the main part of the layout, or should I maybe say its "raison d’être", the Jersey City Yard (as referenced in LVRR docs), though more commonly referred to by employees and fans alike as the "Washington Street Yard" (for the city street that, by law, had a right of way that bisected it in half) or simply as "Johnston Ave" (no "yard"), for the city street that ran along it lengthwise (today's Audrey Zapp Drive, the main access road into Liberty State Park). 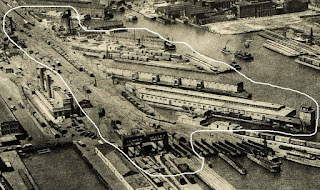 (go ahead, click.....if you dare!)
Obviously, the "main attraction" are the float bridges (I'm going to model three of the six), and model four of the five piers shown in the photo (there were a total of eight located here). The pier at the bottom of the circled area is Pier B (or B Dock as the RR called it) and if I had a "favorite pier", this would be it....As you can see, there is a tower at the end of it, and that tower is actually a coal tower for the tugboats. Neat, huh? I think so......Later on in the mid 1950's, they also built a covered shed off the side facing us in the photo, to pneumatically unload cement into covered barges. More neat stuff! This pier shed also had the track along the bulkhead (as seen in the photo) and one that went inside as well (see below). I don't have the actual dimensions here to share at the moment, but my (clearly) foreshortened model is approximately one foot in width by two feet in length, which is just enough to give the impression of a substantial building, but not overwhelm the scene, and of course be a hindrance to the operators! 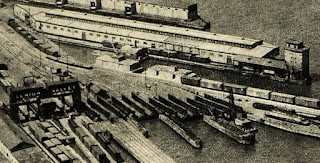 Of course, there's so much more to this photo AND of course to the layout, but I'm not going to bore you with all that errata, as I've probably already done it already many, many posts ago! Besides, you can always ask me more questions about things in the comment section if you want! (hint, hint!). My only wish is that this photo was clearer! Imagine the details one could make out if it wasn't so grainy, which is why I probably won't bid on it, but it's a good reference photo none the less.

So for now, enjoy, and we'll see what next week brings us!