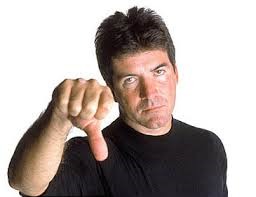 Yes, the name for my new Wednesday "feature" sucks, but it got your attention, didn't it?
More than that, I think that both you who are reading this right now, and I who am typing this, are amazed that I remembered to follow thru with my "threat" of an every Wednesday post! 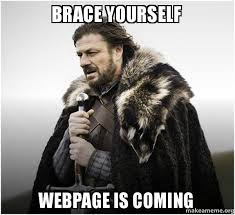 OK, you're not here to see my witty  and sometimes badly chosen memes (or are you?), so let's get on with this Wednesday's featured websites, shall we?
First up, Tony Thompson's "Modeling The SP" at - http://modelingthesp.blogspot.com/
Now, I'm not an SP fan, and I am certainly not a fastidious prototype modeler, but Tony has a way of explaining how, why, and what makes a particular model "prototype specific" for a particular date, via paint schemes, details, etc. Now you might recognize Tony's name due to his articles on prototypical waybills in RMC, which is of course, why I like reading his blog. Of course, it doesn't hurt that he's recently featured some stuff from my paperwork collection on his blog. But I digress......
The second, but not any less important blog is Eric Hansmann's "Notes On Designing, Building and Operating Model Railroads" at - http://designbuildop.hansmanns.org/

Like Tony, Eric (whom I know personally from operating groups here in the east before he moved West), is also another well spoken modeler, and not only is his layout a switching one much like mine is (the B&O's Wheeling Terminal), he really focuses on the details of cars and the history behind them (like when said parts were put on cars, and when they were taken off!). I really admire his attention to detail, especially since I don't have that kind of patience! He features some great work not only from his own workbench, but from other like-minded modelers as well.
Now, these two blogs are by far, the ones I feel that you should be reading often, if not daily, ESPECIALLY if you are into accurately modeling the prototype in HO scale. Too much good info to pass on, and it's not difficult to ready and digest, or come off sounding "highbrow" like some others can and do.
Now to answer your question (because I can already see it coming), yes, I do already feature this week's featured blogs on my blog roll, and the intended purpose of this feature is to showcase webpages and blogs that I do NOT regularly carry on my roll, but I make the rules around here, dammit! OK, now that I made that clear, seriously, this is good stuff, and since I'd like to always have a "theme" to my "Web Wednesdays", this week's theme I guess you can say is "You've Seen The Name Before, Now Look Closer!".
I mean, sometimes just we don't click on stuff because the name or title just doesn't attract us at first glance (judging the book by it's cover?), and I am definitely guilty of that, and that can be our loss sometimes. Don't ever let the titles scare you away, especially in regards to Eric's rather long blog name, LOL! In fact, next Wednesday's post will focus on just that, "The Click Less Taken".
So go on, check them out, and I hope you come away having learned something and continue to visit them in the future. I think you'll end up approving of my suggestions! 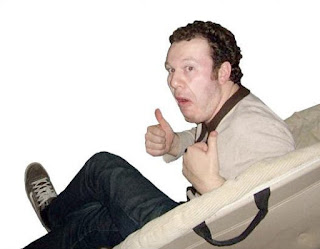 I'll see you back here next week with something completely outside of my comfort zone to share with you! And oh yeah, feel free to suggest a better name for this feature, please?
Ralph
Posted by Ralph Heiss at 10:55:00 AM No comments:

All hands on deck, this is the Commodore speaking....... 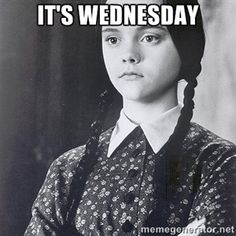 You know what really frosts my carfloat deck? I mean, besides reading people's endless Facebook posts on how "evil" guns are, that is......
Well, no sense in holding out on y'all........It's the endless proliferation of "Wordless Wednesday" posts. 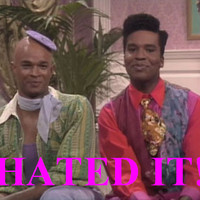 I don't know WHY it bugs me, but it does, I guess because it's the "cool" blogging thing to do, and everybody does it. It reminds me of what our moms used to say to us growing up when you tried to justify doing something that all your friends were doing, too - "And if your friends all decided to jump off a cliff, would you follow them?"
"Of course ya do it. Everybody does it. I just did it, and I'm ready to do it again" -
Mel Brooks as King Louis in History Of The World, Pt. 1 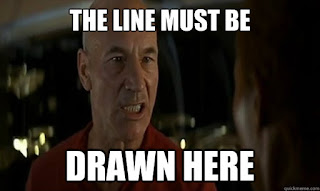 Granted, it's not like people are clamoring to read THIS blog (regularly or otherwise), but I've taken blogs off my roll because I was sick and tired of the constant "WW" posts every week. (don't worry Chris, you're safe! LOL!). If you're gonna post a neat picture (prototype or otherwise, but ESPECIALLY of the prototype), I want to know more about it! I mean, I can't know EVERYTHING there is to know about the South Park, Baton Rouge and Pittsburgh Navigation Railway, now can I? And I will fully admit that the idea behind it isn't all bad, but the trend and the proliferation is, and I'm here to bitch about it, dammit!
But, you aren't here just to listen to me bitch. (Surely you must be joking. I'm not joking, and don't call me Shirley). So you might be saying right about now, "OK Einstein, what do you propose to do to fix things, then?" Well, I'm no trend setter, but what I'd like to propose instead, is to start "Weblog (or webpage for those who don't "blog") Wednesdays". This is where I do the work for you by finding  interesting layouts or discussions or "proto stuff" to share with you that may be otherwise off your radar (or, that I just think is cool and worth sharing, weather you think so or not!). Plus, it helps keep this blog regular (Yes, Ted DiIorio, a bowl of raisin bran will do that, too), which is a good thing. Now, I inadvertently started doing this a few weeks ago by blowing out a few weeks of Wednesday content by sharing five neat layouts and their blogs with you, but I did miss one that I REALLY want to share with all of you.......
Rick De Candido's Filmore Avenue Roundhouse at -
https://fillmoreavenueroundhouse.wordpress.com/about/
Instead of trying to describe Rick's layout to you, I'll let him do it in his own words -
"Welcome to Fillmore Avenue Roundhouse, a blog about my HO Scale New York Central System model railroad.  Freelanced, but set in Buffalo, NY (June of 1942), Fillmore is two layouts in one.  The first, and primary one, is a full steam-era engine terminal.  The second one is a passenger car and express car switching operation as part of NYC Central Terminal."
Rick De Candido
Mississauga, Ontario, Canada


I mean, this layout is incredible! You may have seen it first in the pages of the 2015 issue of Model Railroad Planning, but Rick's attention to prototype detail and creating prototypical "operational jobs" is amazing and great food for thought. I'm not going to sell it anymore than that, so read his blog (even if you aren't a slobbering NYC freak!), and you won't be disappointed.
OK, so that's it. I hope you grow to enjoy "Webblog Wednesdays". Or, Webpage Wednesdays". Or, "(Inter)Web Wednesdays". I dunno what to call it, but it's here to stay, at least until I forget to update it.....