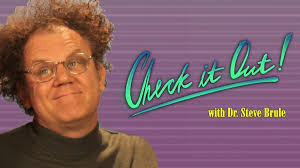 While I'm not sure if Dr. Steve Brule likes model railroading or not, but today I'd like to make reference to some great new blogs I've added to the blog roll last week, since there's been nothing doing on the layout front lately (gee, shocker there!)

I've always had a interest in the New Haven RR (is it because the NH was such an important interchange partner for the LV in New York Harbor? I dunno....), but please take the time to check out these great NH-themed layout blogs ( + two other non-New Haven ones!).....

Randy is modeling New Britain, CT on the New Haven's Highland Line in the Transition Era, and is focusing on pretty much one town for the entire layout, which is a cool concept, one that I myself had thought about doing years ago when I was new to the hobby.

Chris is modeling the New Haven's Connecticut Valley Line in 1947, and along with Randy, is doing some DAMN fine modeling! Watching the build/shakedown/troubleshoot process that Chris shares is good stuff!

Joe has chosen to model the Berkshire Line of the New Haven, and in his latest blog post, he shows us how he kitbashed (or scratchbuilt, depending on how you look at it), the NH's interesting and rare GE DEY-2 switcher! (Do I REALLY need to say, "Check it out"?)

First up is Matthieu Lachance of Quebec who is doing a model of the Erie's 149th St Bronx terminal at -
http://harlem-station.blogspot.com/

It's worth following, if for no other reason that because it proves you can have a lot of action in a small space, even if the prototype track design is boring. (C'mon, you have to admit it is, but it's still cool!)....Looking back, I actually wish I had realized that "simple (or small) can be cool" when I started my layout.....

And finally (save the best for last?), while it's not NH-themed, I just HAVE to make mention my good friend Dave Abeles' 1994 era Conrail Onondaga Cutoff layout at - http://onondagacutoff.blogspot.com/

Dave is an all-around a good guy, a good musician, and he puts up with this old guy at his ops sessions, so his blog is worth the time to visit, LOL! His layout is proto-freelanced, meaning that while the line he chose to model never really existed (an ex-NYC bypass line around Syracuse, NY), but all the trains and equipment are spot on for Conrail on the Chicago Line in 1994. My prediction is you'll be seeing this  layout in the mainstream hobby press in a year or two.....

So that's all for now, but keep on checking in, you never know what might happen!

Submitted, resubmitted, and then re-resubmitted for your approval........

Due to circumstances (many within my control, some not), I have not worked on the layout since my last post dated April 9th of LAST year. In the interim, as I had alluded to in that post, I have considered scrapping it all and rebuilding it as another Lehigh Valley-themed layout, but set in landlocked Allentown, PA...See this post - http://lvnyharbor.blogspot.com/2015/03/model-railroading-is-fun.html and this post - http://lvnyharbor.blogspot.com/2015/03/spring-awakening.html for more on that. Huh-huh, I said moron........

Seeing as that I still have a warm spot for the Lehigh Valley's waterfront operations (or is that a damp spot? No, no, that's just not right....), three things I did just this last week made me think about the old layout (and yes, I had all BUT made the decision to scrap it and start over, just in case you were wondering).....

(a quick snapshot of how I've felt about the layout for the last year or two.....
Never you mind that it looks like that's Richard Dreyfuss from "Close Encounters"!)

The first thing was that I happened to be reading one of my favorite blogs (Tony Thompson's Modeling The SP Blog at - http://modelingthesp.blogspot.com/), and he had a post about a subject on routing cards, (which I just so had planned to use for routing cars on my layout, too) at - http://modelingthesp.blogspot.com/2016/05/route-cards-10-southern-pacific.html.
I wanted to help Tony by providing more prototype examples, so I posted a comment telling him that I had some route cards to share, hidden SOMEWHERE in the deep, dark recesses of my basement, and that brings me to point number two......

So after I read Tony's blog post that afternoon, I started to go back and read all my old blog posts to see if I had something about route tags that I could share with him (I knew I did, I just had to find it!), and in the process, took a nice stroll down "Blog Memory Lane"....Ah, the dreams of a young (33 yr old?) layout builder! Al sorts of prose full of hopes for a nice layout some day, discovering data that inspired the layout building process, yadda, yadda, yadda.....Seriously, it was fun to read, and while it helped to reinforce the thought that yes, I really DID bite off more than I could chew (especially for a first real layout), it also proved to me, hey, this really WAS fun (once), and that a LOT of work went into it to get it to this point and to run smoothly (though that's a relative term), and most importantly, that maybe, just maybe, it COULD do so again, or damn close to it.

I know you're dying to know, just what could be the third (and biggest) thing? Well, I made the mistake (?) of going into the basement that same night when I got home from band rehearsal (one of those "things" that has kept me from playing with trains, btw), and took a look around to see what could be done to save this behemoth.....And what's really scary, (well, besides my friend "Scary" Ted DiIorio and his associated blog at - http://maparr1943.blogspot.com/) is that I now have some (possibly) good ideas of how to "rekindle the love affair" between myself and the layout, or at least we can work out some of our issues, and "remain friends" even if we still end up going our separate ways down the road.......

Now before I talk about that in any detail, if you are a close "associate" of mine and already know too well the trials and tribulations of myself and the great "Allentown/Jersey City Debate of 2016", you might be saying, "Why are you flip-flopping on your decision, AGAIN?" Well, I have ALWAYS clearly said that one of (OK, maybe two) biggest "guilty trips" is that there is a lot of work by myself, my father and my friends that we put into what I already have built here (and thus, the associated good memories), and I can't seem to break myself away from that feeling of impending "guilt" should I decide to "shake the Etch-A-Sketch" and start over. The other point being that I STILL think that I did not give this design its due (and I REALLY want to institute using the route cards to move traffic, btw!), so I THINK, that I while I may still very well "pick up and move on", I really want to put in (by taking out!) the track changes I came up with as described partially in the April '15 blog, and a few more too boot.

HOWEVER, seeing as that I have a penchant for going on.....and on.....and on with my blog posts, I am going to break this (already very wordy) post up into some follow up posts and not blow all my steam out of my stack at once, if I may be so blunt!
I'll follow this post up as soon as I can with a refresher of what I have already eyeballed back in 2015 that I'd like to change out, and then follow that with a detailed look at the massive infrastructure changes that I have planned for trying to "save" the LVHTRY, if only for the short term. 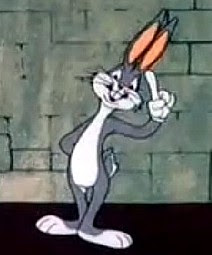 "So, having re-re-disposed of the monster..."
Thanks for hanging on this long and reading everyone, and I hope to talk to you all again very soon!
Ralph
aka "The Commodore"